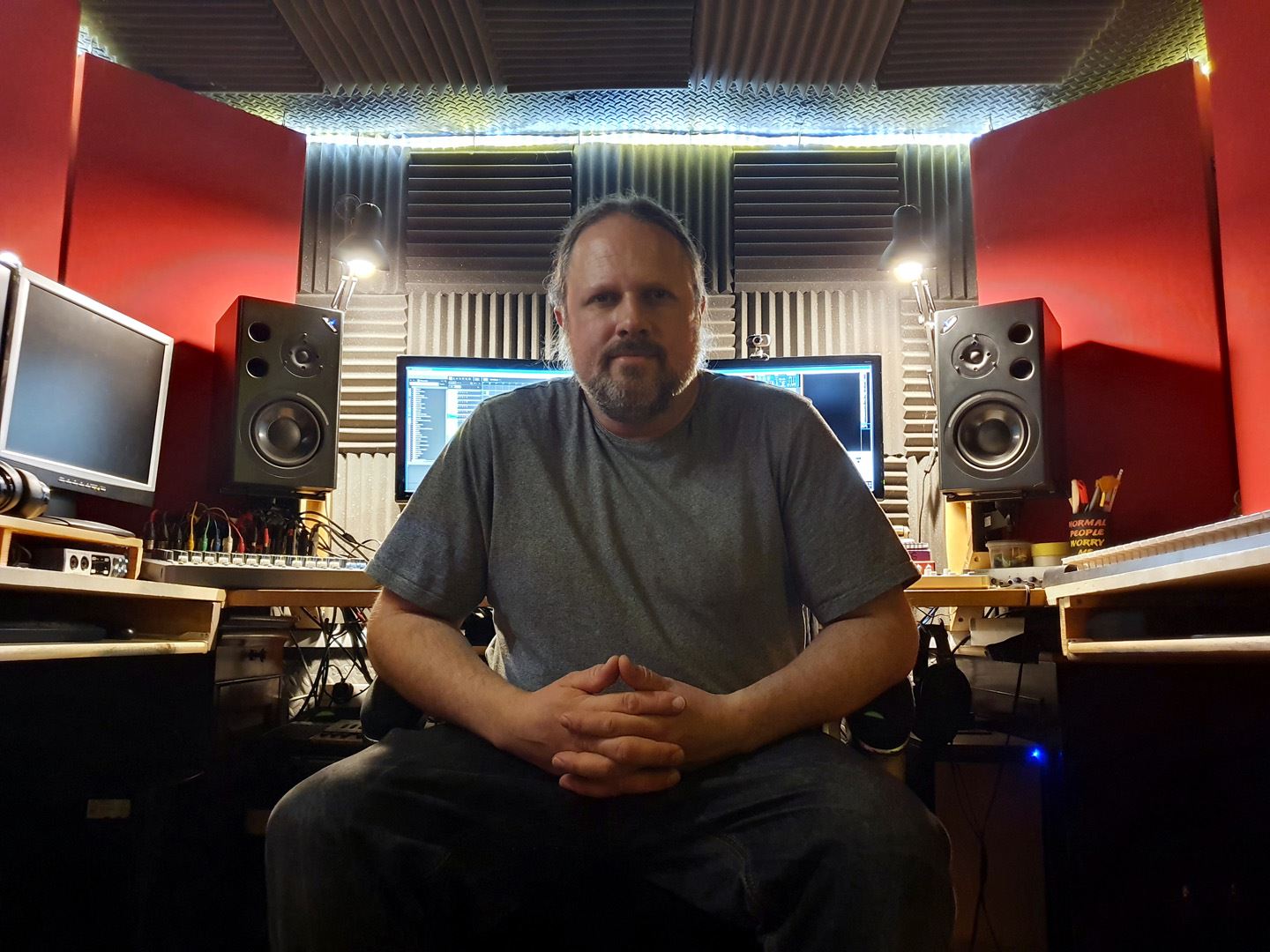 I’m the owner of Sidrat Audio, a cosy studio, ideally suited to the recording of Solo Artists, vocalists, singer-songwriters, rappers and musicians, as well as spoken word artists and narrators of audio books.

The studio sits at the bottom of my garden on Nursery Road, Chelmsford, just off Moulsham Street, conveniently within walking distance of the Town (now ‘City’) Centre. It’s well sound-proofed and acoustically treated, perfect for recording vocals, solo acoustic and electric instruments, as well as production, mixing and mastering.

The main hub is a well-specified audio PC, running a variety of software DAWs (Digital Audio Workstations), including Cubase, Ableton Live and Reason, as well as a wealth of virtual instruments and effects plugins. The acoustic treatment, in conjunction with some cutting edge software to balance the EQ of the room, makes it a fantastic listening environment, ideal for accurate mixing.

In addition to the space itself, the studio is also equipped with an eclectic collection of musical hardware, both digital and analogue, such as synths, samplers, drum machines, sequencers and effects, spanning over 5 decades of music technology.

When it comes to the capture of the audio, I use a Focusrite Claret 4-Pre, which has 4 immaculate analogue pre-amps, along with a Presonus Digimax D8, offering 8 more creamy pre-amps, plus 2 ART Studio V3 pre-amps, both of which provide a wide range of characters.

I have a good selection of large diaphragm condenser microphones, ideal for recording vocals and more, as well as several smaller capsule and ribbon mics perfectly suitable for capturing any other audio source, from acoustic guitar, violin, cello, flute, clarinet, etc., to electric bass and guitar amps, hand percussion, drums and beyond. 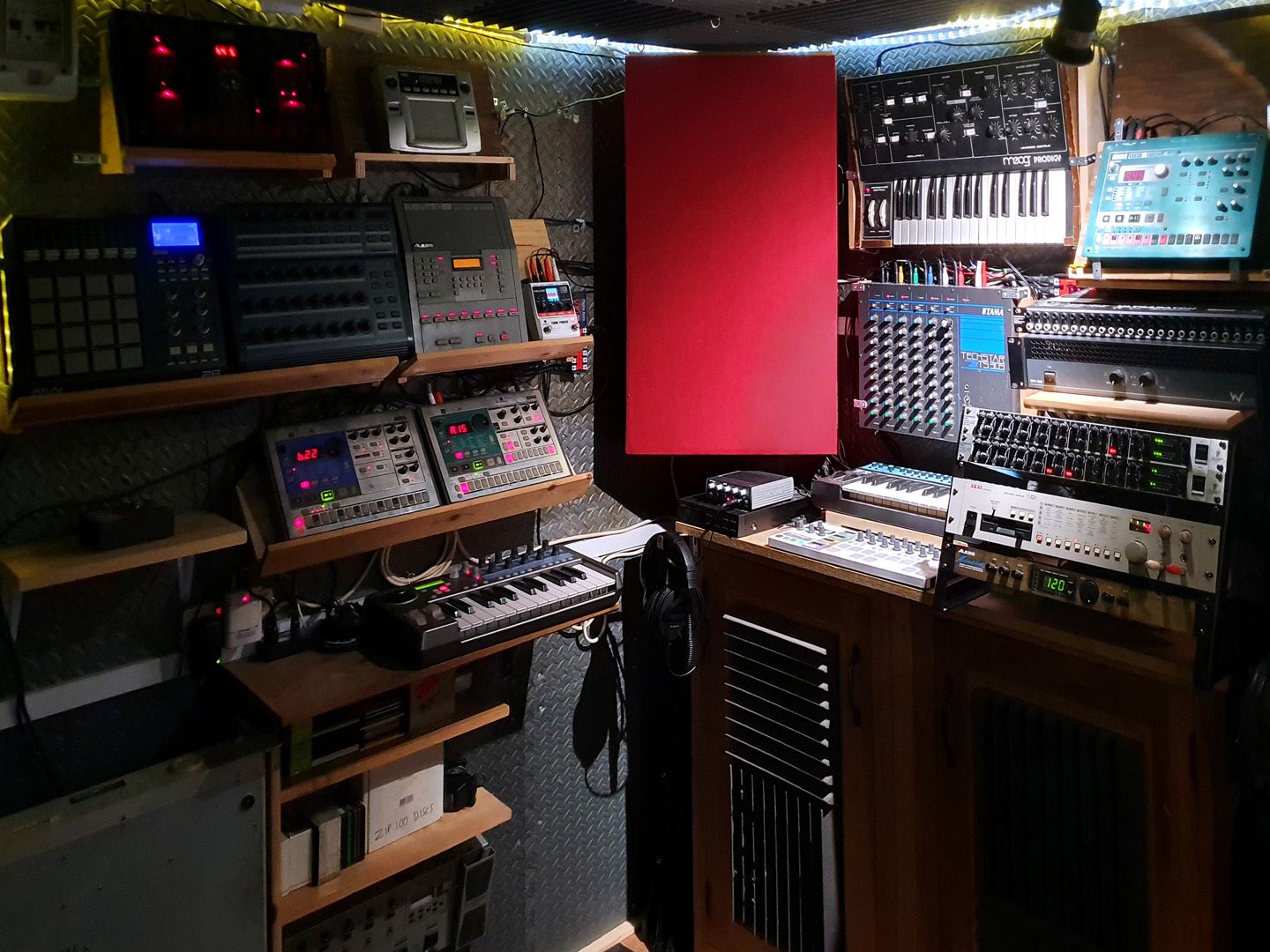 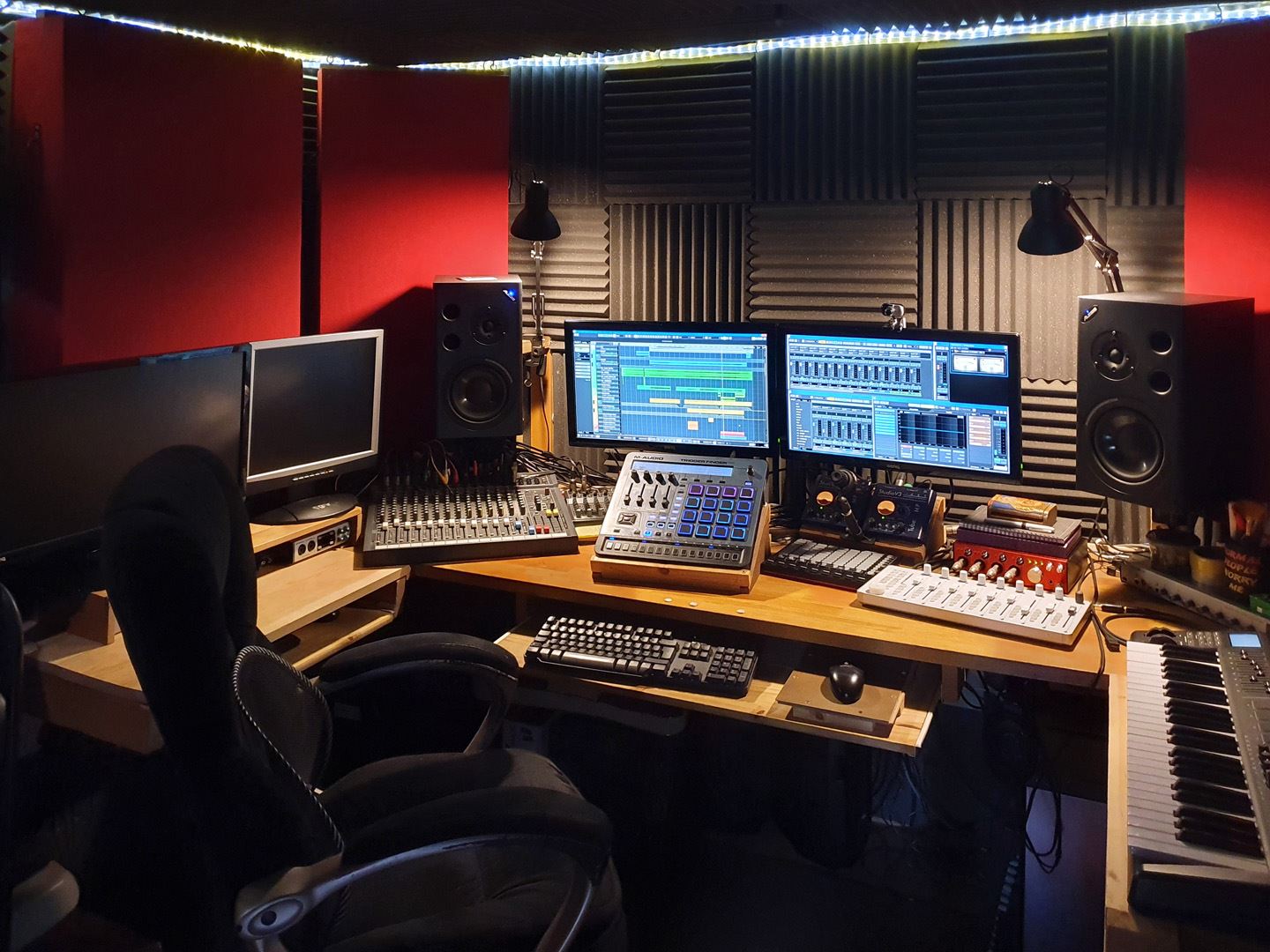 Sidrat Audio is the culmination of almost three decades of my personal interest in music. I joined my first band at 15, as the lead singer, soon becoming interested in computer-based music creation, when I discovered sequencing and audio editing, which led to creating my own sampler patches, using SoundFonts.

I later progressed to using hardware, discovering the joy of MIDI, with my first synthesizer (Red Sound DarkStar, now the most reviled synth of all time), a classic multitrack sequencer (Alesis MMT8 – used by Orbital) and a fun, very tweakable drum machine (Korg Electribe ER-1), with which I taught myself subtractive synthesis, sound design and the complexities of MIDI composition.

With these (and, over time, many more) musical toys, I composed and performed a plethora of different music, accompanied by a rich assortment of talented musicians – and had a lot of fun doing it – which is, of course, the whole point of making music!

This led me to a general interest in music production, which resulted in the decision to build my own recording studio. Once it was finished, I kitted it out with everything I needed to begin recording the various acts I was part of, as well as those of my friends, from simple acoustic tracks to full bands, learning by doing as I went along.

I was already a seasoned expert when it came to audio editing, but after a while, I realised there was a lot more involved in music production than simply plugging in a few mics and hitting record. So, I began studying in earnest, learning proper microphone choice, technique and placement, level monitoring, the various applications of compression and EQ, creative use of delay, reverb, distortion, saturation, modulation and more.

I had touched on much of these methods in my experience of synthesis and sound design, but I found that applying this knowledge to the art of mixing was significantly more detailed, especially when employing automation.

I also discovered that, all technical considerations aside, the most important piece of equipment I owned was my ability to listen and I had to train my ears to hear the subtleties compression, the effect of equalisation when applied to different frequencies, the differences between various types of reverb and a multitude of other aspects of audio.

Several years had passed by the time I’d got to grips with all these things and had finally mastered the skills I needed in order to be able to produce a great-sounding mix that could compete with the tracks one hears on the radio – or via the streaming services that now dominate the music industry (which hadn’t even existed when I began my journey into music production!). 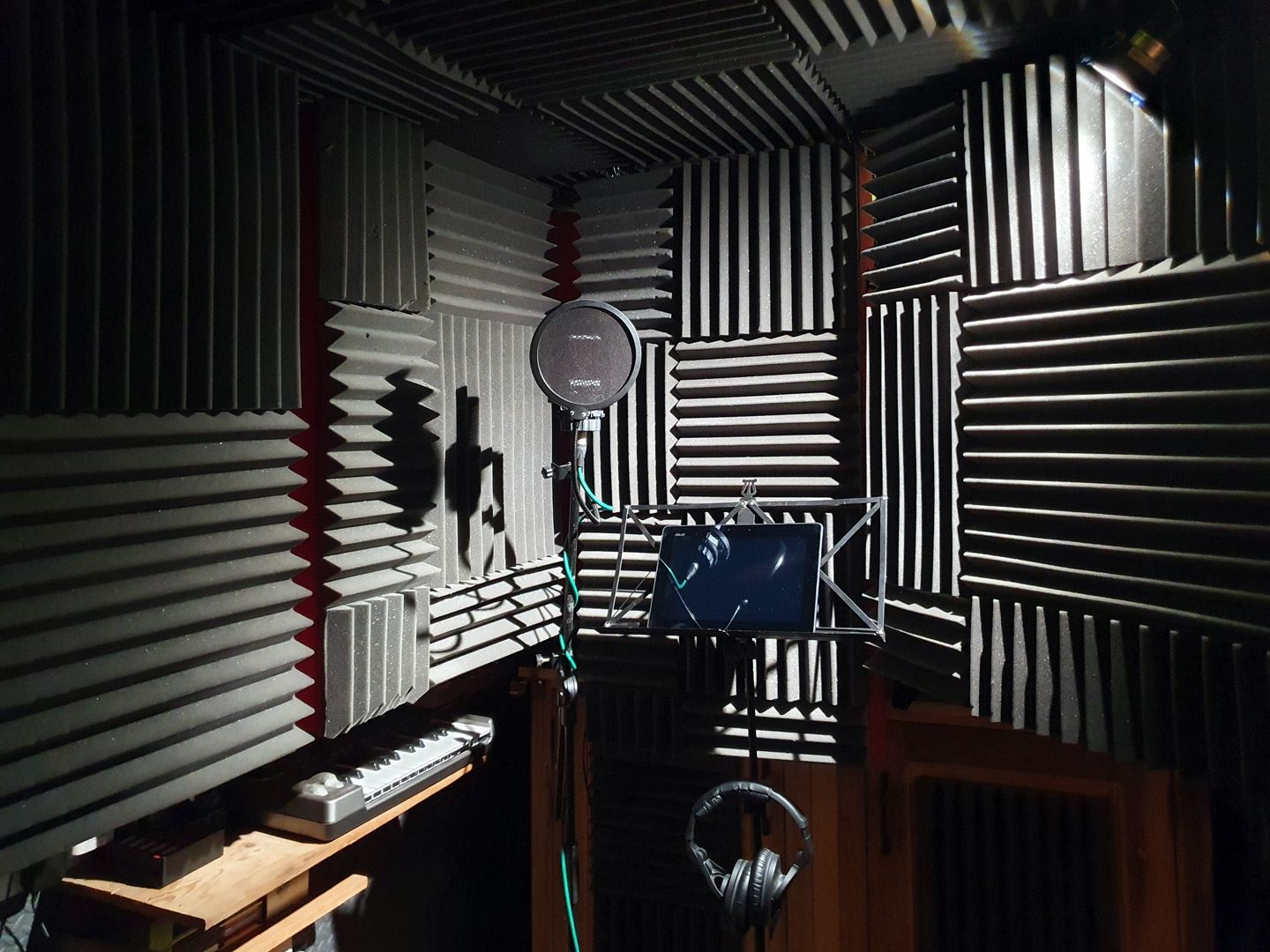 Back to the present…

Now I help singers, rappers, solo artists and musicians to realise their musical goals by offering professional recording, mixing, sequencing and mastering services, enabling my clients to produce their tracks and demos to a very high standard, at a fraction of the cost of a high-end or even mid-range studio, ready for release to the world.

So, as long as you’re not entirely bored of reading about me and my humble studio, why not check out some of the tracks I’ve helped create, so that you can hear the quality for yourself? Once you’ve had a good listen, I’m confident that you’ll be convinced of my ability to produce a great-sounding mix. 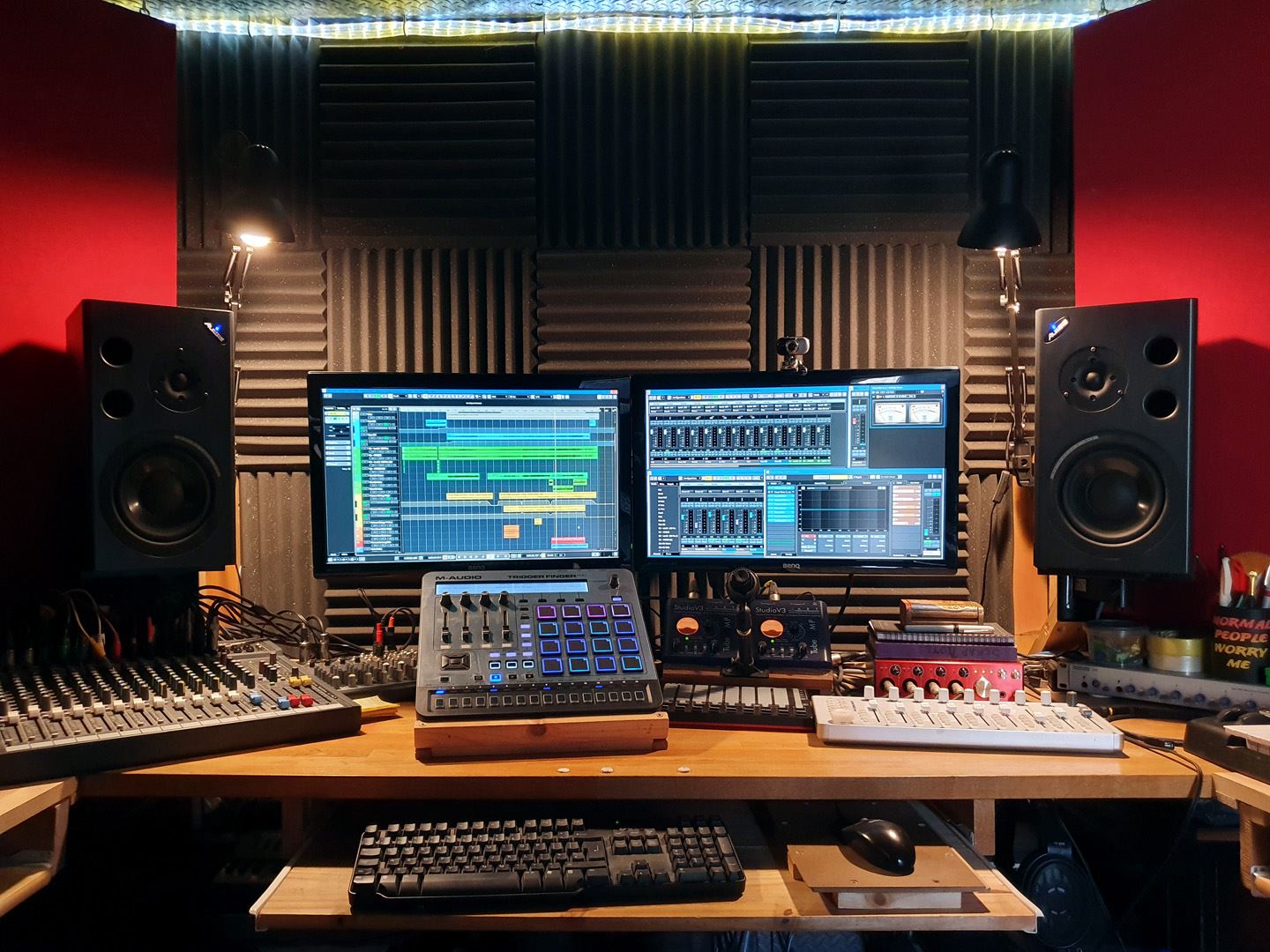 If you’re ready to hit the studio straight away, just give me a call or drop me a line and I’ll be happy to discuss your project in detail before providing you with a detailed and competitive quote.

However, you may not be ready to record quite yet – in which case, don’t worry; I can still help you get there! Just download my free Checklist, which will give you an insight into everything you need to prepare yourself and your music for the studio.

Also, if you feel you need a little more guidance towards completing the checklist, you can purchase a copy of my eBook, which offers a full and detailed description of each step, along with handy tips, examples, exercises, resources and links to ensure you understand everything involved in the music production process, from preparation to completion.

I provide a FREE copy of my eBook, ‘Recording your Demo: 15 steps to Success’, to every new client, so when you book your first session, I’ll be happy to refund you the £5 you paid for it. I also provide a number of services, included in the cost of every project, such as a Production Plan, 3 full proofs, 2 sets of changes, a final studio listening/mixing session and all your final mixed and mastered audio files in whatever format you prefer.

So, whatever stage you’re at when it comes to your music, I can help you achieve your musical aspirations – and I’m looking forward to working with you on your next project! Just get in touch and we’ll get the ball rolling!